A cat nap in the Colosseum. By Cynthia Dite Sirni

At the time when Alexander the Great had conquered the kingdoms of Egypt, Macedonia, Greece and Persia, cultural diffusion was at a high point. ( I’m telling you this for a reason, really.)  In ancient Egypt, it was believed that cats were some kind of demi-gods. They were revered and held an esteemed place in society.  The legend is they have never forgotten this status.  It explains a lot about their attitudes….perhaps there was some cultural interaction between the cats of Egypt and the cats in Rome, yes?

In Rome, there are cats everywhere.  One must make their peace with it because they are staying.  There is an old Roman saying that says that those who do not like cats in this life will come back as a mouse in the next.

Another interesting fact is that the cats in Rome, (especially in the Forum, Palatine Hill  and the Colosseum) are protected landmarks.  Part of the story is that they are considered the posterity of the cats who would have woven themselves around the legs of perhaps Caesar himself.  Can you imagine them perched on the lap of Marcus Aurelius?  They.  Are.  Sacred.  It’s against the law to harm them.   They are feral cats that pretty much have run of the city, as you’ll see.  You can make it into a game to count how many cats you see each day.

One popular souvenir is to purchase the annual calendar, “Il Gatti di Roma.”  It includes hilarious, borderline blasphemous pictures of unimpressed cats lounging on the Spanish Steps, licking themselves under the Arch of Constantine,  or scratching away on someone’s Vespa.  They’re naughty.  You can find these calendars in just about any kitschy souvenir shop or book store.  Take pictures of all the ones you see and make a montage of them for your home as a remembrance of your trip.

The cats are a huge part of the culture in Rome.  I never get tired of spotting one sitting where humans are most definitely not allowed.  In the Piazza Torre Argentina, there is actually a Cat Sanctuary.  You can sit on the railings with the clear plexi-glass and look down into the sanctuary and see the cats.  Some of them will walk right up the steps and demand attention.  Others just act like cats and ignore you, as well as your camera.  This is one of those cool things that you can only do in Rome.   It’s funny to see how this bustling city just accepts these cats.  I should say it’s funny how these cats accept this bustling city and the humans it attracts.

There is another Italian proverb about cats….”Happy is the home with at least one cat.”  Perhaps this is why Italians live “la dolce vita.” 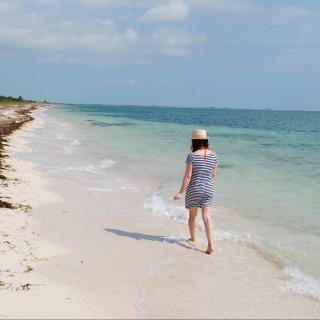 Cynthia Dite Sirni is a writer. Her freelance writing and consultant work range from technical to topical. Food, travel, and fashion are the driving force behind her pen. Scrivo, her blog is Italian for "I write." When she is not writing, she is investigating new ways to keep Italy in her heart. Driven by a love of wine and starch products, she searches the globe for The Perfect Dish of Macaroni.